Easy living at the Mykonos Riviera, the best 5 star hotel next to Mykonos Town 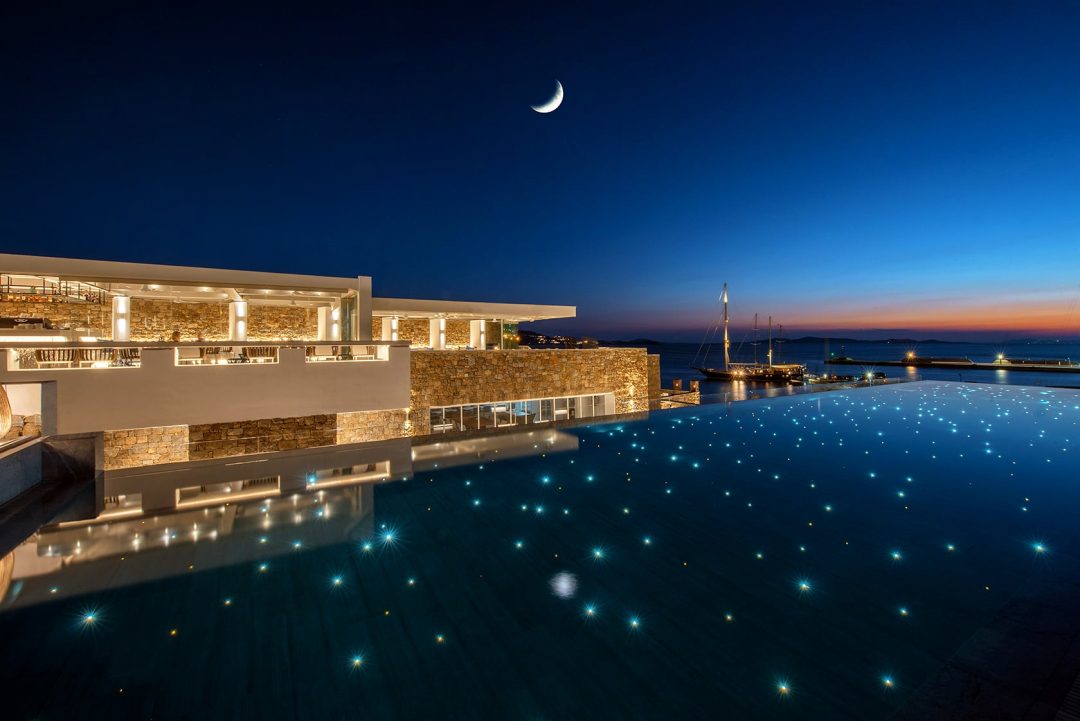 Stunning yachts. The finest champagne. Michelin starred restaurants. Some of the hottest beach bars and clubs in the Mediterranean. Luxurious services and a bespoke, premium lifestyle. All this -and much more- amidst a striking, one of a kind, pristinely beautiful setting. What was once a poor (but remarkably charming) island, has nowadays become the playground of the world’s elite. Contemporary Mykonos graciously extends its visitors the best of what life has to offer; thereby magnetizing aesthetes from the four corners of the globe.

It is only logical then, that once one lands their feet on this summer wonderland, they’d be expecting top of the line holidays; a most important part of which involves living in the lap of luxury at the best 5 star hotel just few steps from Mykonos Town.

With its signature blend of breathtaking location, directly across the marina, just a lovely short stroll away from scenic Chora; scintillating views of the Aegean and the world-famous Cycladic sunset; supremely appointed rooms, lavish suites and outstanding maisonettes, private Villas, the Mykonos Riviera is just that.

Experiences at the Mykonos Riviera, the best 5 star hotel next to Mykonos Town

Easy living at the Mykonos Riviera best 5 star hotel in Mykonos Town is multifaceted and all-embracing. Including many aspects designed with a keen eye on detail and one and only purpose: The holistic, comprehensive pleasure of the senses.

To this end the Mykonos Riviera sports avant garde amenities, which bedazzle even the most seasoned travelers: To give you an idea, amongst the signature facilities of the best 5 star hotel next to Mykonos Town is a 200 square meter rectangular infinity pool that is an architectural perfection; with fiber optic lighting creating the illusion of a thousand twinkling stars. The hotel also features its trademark Oqua Spa: A 500 square meter oasis of well being and relaxation, offering an array of tailor-made therapies designed to realign and rejuvenate body, mind, and spirit. The Spa furthermore boasts an indoor, naturally lit heated thalassotherapy pool, a fully equipped 75 square meter gym, a traditional Hammam, a sauna, and 6 treatment rooms.

Food and drink at the Mykonos Riviera, best 5 star hotel next to Mykonos Town

Very well aware that delectable food and drink, are very high on the list of holiday delights, the Mykonos Riviera pays a world of attention to its culinary offerings. Epitomizing the essence of waterfront dining under the stars, under the guidance of Michelin starred Chef Greg Malouf, Lafs Restaurant, at the hotel’s fanciest nook, directly across the marina, offers a contemporary fusion of Lebanese-Mediteranean delicacies, prepared with the freshest, seasonal ingredients that has won the accolades of global gourmands. Another favorite spot of the island’s foodies is the Mykonos Riviera pool club serving healthy Mediterranean dishes against the spectacular backdrop of the glistening Aegean sea. This is one of the places to be for sunset cocktails too! What’s more, aiming to showcase several gems from the Greek and international vineyard, the Mykonos Riviera regularly hosts wine tastings in its impeccable premisses.

But this is just a sample of what life looks and feels like at the best 5 star hotel next to Mykonos Town. We cordially invite you at the Mykonos Riviera to experience easy living, in true island of the winds fashion, at its best. 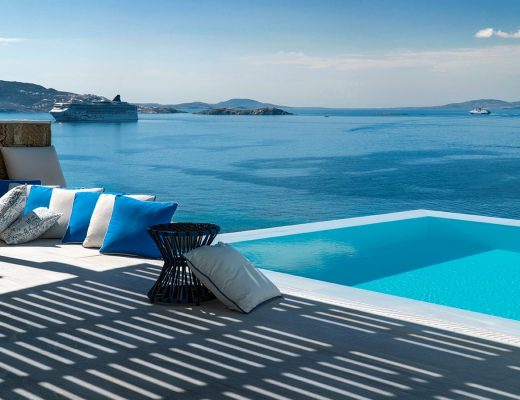 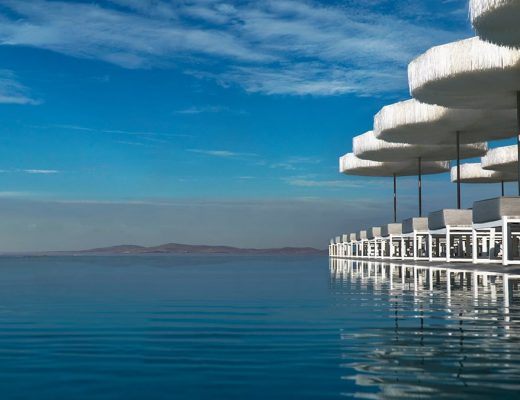 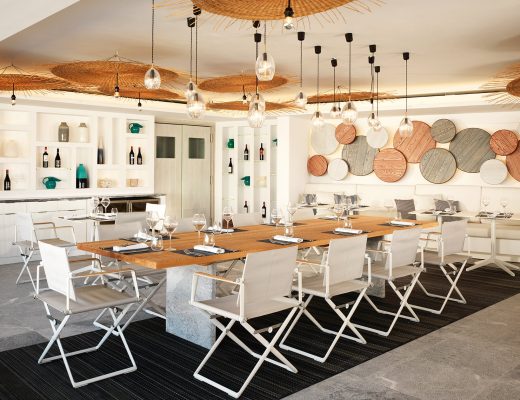